Robert Zoelick is nominated to replace Wolfowitz at the World Bank. Not bad.

The Financial Times cites a "senior World Bank manager" who "said there would be mixed feelings about Mr Zoellick’s nomination, with respect for his diplomatic skills offset by
concern about his hard-driving management style. The manager said MrZoellick was “highly regarded” but seen as a “bit abrasive” with his staff."

You ask me, a "bit abrasive" isn't bad, especially around the club we call the World Bank.

Blake Hounshell at the Foreign Policy blog is downright ephusive:

It's true that Zoellick made little headway on Darfur or Doha, but
these are herculean challenges that require sustained presidential
engagement. (After all, the cossacks work for the Tsar.) On China
policy, Zoellick made a hugely positive impact as a thoughtful
counterweight to Pentagon hawks. His September 2005 remarks
to the National Committee on United States-China relations were the
most insightful comments made by any Bush official over the past six
years.

I wonder how this one slipped through the vetting process. Condi, did you push it?

Posted by Daniel McIntosh at 12:18 PM No comments:

Snakes on a plane

Somebody really should make a movie about this.
Posted by Daniel McIntosh at 3:48 PM No comments: Links to this post Thanks to The Strategist for this shot of the American fortress "embassy" under construction in Baghdad. He claims it's a sign of weakness: "isolated, under seige, and fated to fall." Yet sometimes forts do work--depending on the technology of the times and the political goals of the combatants. Another way to view a complex with 104 acres, bunkers, independent water and sewage treatment facilites, etc., is that it's a commitment to stay no matter who is formally in charge of the country. It's a base (one of many, I suspect) in which to sit out the worst of what the Iraqis will do to one another. It says our political goal is not "liberal democracy" but "permanant presence." It's a potential thorn in the side--a new Guantanamo in downtown Baghdad. I'd very much like to see the details of the agreement between the current government and the Americans. Legally, will any future government have the legal right to kick the U.S. out?

This is not a cheery analysis, I admit, but it's not hopeless--unless we assume the U.S. can't resupply it. This raises the possibility of a mini-Berlin airlift. Is that in the plan?
Posted by Daniel McIntosh at 3:19 PM No comments: Links to this post

Peacekeepers get in the arms business

May 23, 2007: An all too believable accusation is making the rounds in the European media. The charge is that, last year, a UN investigative team learned that some UN peacekeepers had sold arms and bartered gold with members of an illegal militia in the Congo in 2005. Specifically, a Pakistani unit operating in the town of Mongbwalu (northeast Congo) was involved in the arms trade and illegal gold purchasing operations. The report said a "small number" of personnel were involved. The arms traded to the militiamen were arms that had been "harvested" (collected) from various militias. The "circular arms trade" is an old problem that has cropped up in numerous insurgencies. Guerrilla arms are seized and then sold back to the guerrillas by criminal gangs or soldiers operating with criminal gangs. In the case of the Congo, it looks like some of the peacekeepers were "freelancing" on their own.

Unconfirmed, but not all that surprising.
Posted by Daniel McIntosh at 10:39 AM No comments: Links to this post 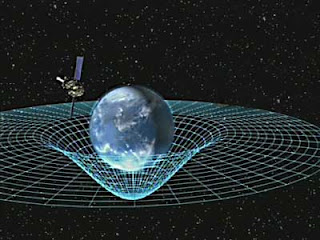 It's always probematic to apply physical metaphors to social phenomena. People plan and choose and anticipate and attach meanings. Nevertheless, the metaphor can be useful for a first pass at teaching an important idea. With that in mind, take a look at BLACKFIVE's analogy between networks/communities and curved space.

It's worth a look.
Posted by Daniel McIntosh at 9:53 AM No comments: Links to this post

Our thought for the day comes from Lt. Col. Dave Grossman, in his book, On Combat:

One Vietnam veteran, an old retired colonel, once said this to me: “Most of the people in our society are sheep. They are kind, gentle, productive creatures who can only hurt one another by accident.” This is true. Remember, the murder rate is six per 100,000 per year, and the aggravated assault rate is four per 1,000 per year. What this means is that the vast majority of Americans are not inclined to hurt one another.

Thus there is a paradox, and we must grasp both ends of the situation: We may well be in the most violent times in history, but violence is still remarkably rare. This is because most citizens are kind, decent people who are not capable of hurting each other, except by accident or under extreme provocation. They are sheep.

I mean nothing negative by calling them sheep. To me it is like the pretty, blue robin’s egg. Inside it is soft and gooey but someday it will grow into something wonderful. But the egg cannot survive without its hard blue shell. Police officers, soldiers and other warriors are like that shell, and someday the civilization they protect will grow into something wonderful. For now, though, they need warriors to protect them from the predators.

“Then there are the wolves,” the old war veteran said, “and the wolves feed on the sheep without mercy.” Do you believe there are wolves out there who will feed on the flock without mercy? You better believe it. There are evil men in this world and they are capable of evil deeds. The moment you forget that or pretend it is not so, you become a sheep. There is no safety in denial.

“Then there are sheepdogs,” he went on, “and I’m a sheepdog. I live to protect the flock and confront the wolf.” Or, as a sign in one California law enforcement agency put it, “We intimidate those who intimidate others.”

Where do you stand?
Posted by Daniel McIntosh at 9:03 AM No comments: Links to this post